In between improvisation, compensation and negotiation: a socio-spatial analysis of Kariakoo market (Dar es Salaam) dynamics under British colonial rule (1919–1961), by L Beekmans and J. R. Brennan, published in History of Retailing and Consumption, vol2, issue 1, 2016.

“This article examines the socio-spatial history of the central market of a colonial African city. Colonial policies of racial segregation created obstacles to commerce, which in turn generated a local strategy of improvisational planning to placate various urban actors with a host of often contradictory concessions to ameliorate dislocation. These contradictions of colonial governance played out most visibly in the struggles over Kariakoo market, which became the city’s primary market after its construction in 1923. 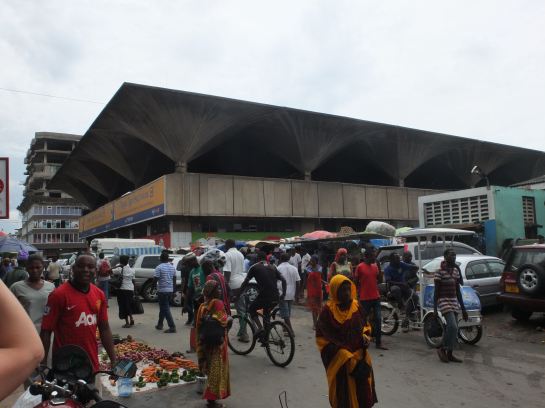 By focusing on contests over the spatial ordering of commerce and residence in a multi-racial city ruled by Europeans, commercially dominated by Indians but overwhelmingly populated by Africans, this article demonstrates how the production of certain types of urban space creates unforeseen leverage for local actors, which simultaneously entrenches wider patterns of obstinate racialization despite the ubiquity of planning concessions. Using deeply researched archival evidence as well as a rich secondary literature, the authors argue that the city market best illustrates the racially contradictory impact of the colonial state on an urban landscape.”

A lecture on Chandigarh by Jane Drew and Maxwell Fry, presented to the AA School in 1983. This classic footage shows Drew, then Fry explaining their designs for Chandigarh and memories of  India from the early 1950s.