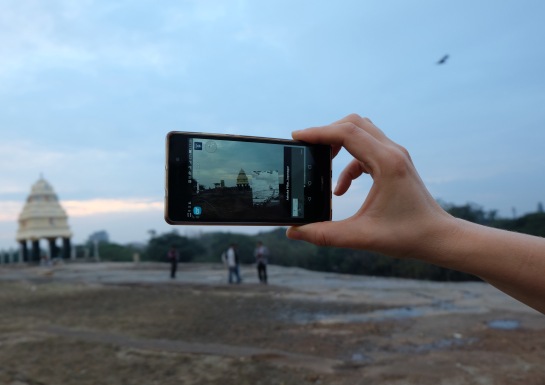 In November and December 2016 Rachel Lee and Anne-Katrin Fenk were in Bengaluru working on the augmented reality Timescape app that the Envisioning the Indian City team developed for Kolkata in 2015. Supported by Goethe Institut Bangalore (Max Mueller Bhavan) and MOD Institute, and partnered by Bygone Bangalore and Centre for Public History at Srishti, we spent five weeks looking through image collections, selecting locations, conducting interviews, geo-referencing photographs, writing entries and testing out and evolving the app in the city. We discussed our progress and the interim results at a public presentation at the Max Mueller Bhavan on 16 December. 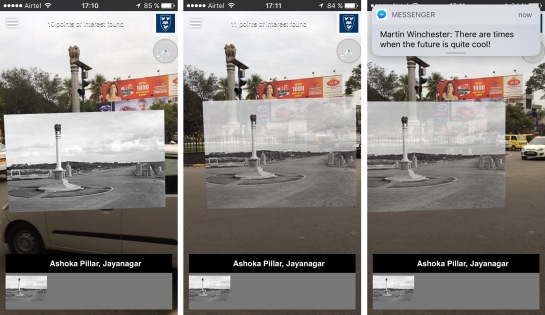 Timescape, a smartphone/tablet app, draws on the real, existing fabric of India’s cities, combining it with archival image material and historical data to communicate urban heritage through an immersive augmented reality experience. Using geolocation services and push notifications Timescape is a serendipitous tour guide, an armchair heritage portal, and an educational resource. Informative and easy to navigate, the AR app brings evocative, vintage photographs from museum collections, such as the British Library, online databases, like the Facebook group ‘Bygone Bangalore’, and family archives to India’s streets, living rooms and classrooms. Images of tangible heritage, such as buildings, are complemented by documents relating to intangible heritage, for example music recordings, poetry, and recipes. Timescape aims to become an innovative forum for recording, exchanging and remembering the evolving urban cultures of Indian cities across the subcontinent. Timescape will develop an infrastructure that enables people to upload their own historical photographic collections and stories. 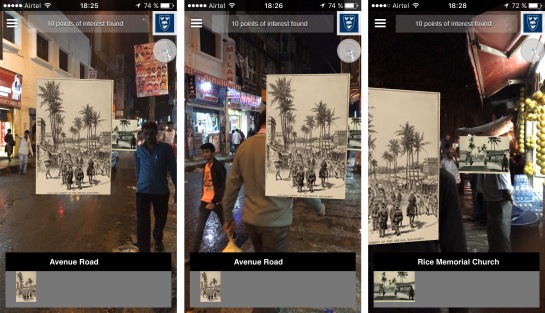 Screenshots of the app taken while walking up Avenue Road

As Bengaluru continues growing at an unrelenting pace, the historical fabric of the built environment is increasingly threatened. When, for example, nineteenth century bungalows are demolished to clear space for office towers, places that contribute to the foundations of the city’s and its citizens’ sense of collective identity and public memory are destroyed. In Bengaluru we focused on a central area including Chickpete, the Fort, Jayanagar and MG Road, which is particularly threatened by redevelopment. Features on buildings, such as the Rice Memorial Church or Krishna Rao Pavilion, were augmented by cultural institutions like the Indian Institute of World Culture, monuments like the Ashoka Pillar or the statue of Maharaja Chamarajendra Wodeyar X, and legendary local cultural hubs such as MTR Tiffin Rooms, Vidyarthi Bhavan and Koshy’s. As well as historic images, textual descriptions accompany the points of interest and in some cases sound files were added. We would like to expand the app to include edited oral histories collected in the neighbourhoods. Some of the points of interest have been archived on the MOD blog. 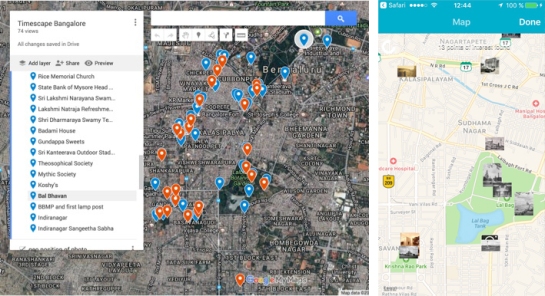 The presentation at Max Mueller Bhavan began with Anne-Katrin Fenk giving an introduction to archiving and curating urban history. Rachel Lee followed with a report on how the time in Bangalore had been spent and what progress we had made on the app, then Kiran Natarajan of Bygone Bangalore talked about the need for the app through his rather amusing “shock therapy” presentation, and finally Avehi Menon from Centre for Public History discussed the importance of oral history and how it could be integrated into the app through sound files.

In 2017 the next step is to apply for funding to move up a level and be able to devote adequate time to the development of the content and technology. We have a great team in Bengaluru, Berlin and Liverpool who are very enthusiastic to take it further. 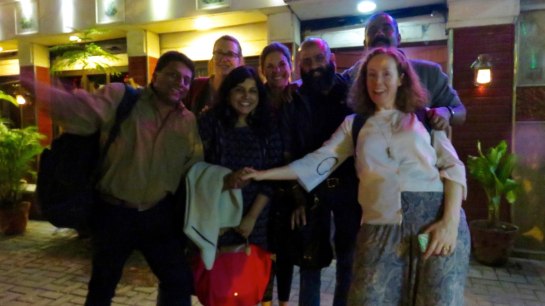 A short video of Anne-Katrin Fenk and Kiran Natarajan testing the app in Lalbagh Park is available on youtube. 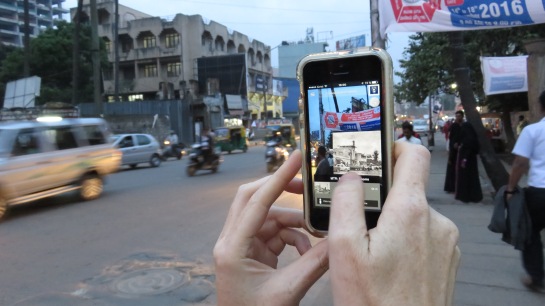 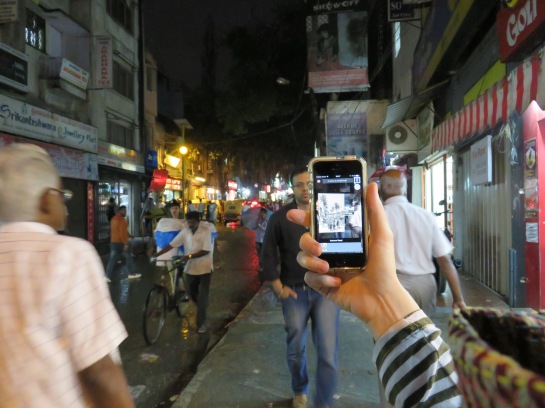