Ola Uduku and colleagues at Edinburgh University hosted an excellent workshop this week on West African Modernism, combining some of the sessions with Docomomo Africa. The result was a very rich series of encounters, exchanges and discussions. 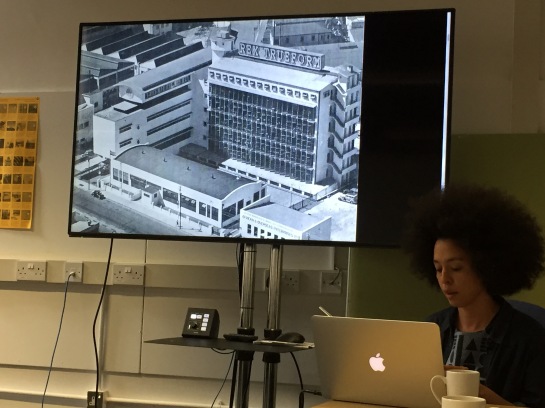 Ilze Wolff gave a very poignant paper on Rex Truform, the clothing factory in Cape Town designed by Max Policansky in 1937. Ilze’s investigation goes beyond the built fabric and stylistic qualities of the structure – it considers the workers’ stories and what it was like to be a part of the everyday life of this significant building in the city. Ilze is also publishing her findings and interventions through a series of booklets: see Open House Architecture for more details.

Shantanu Subramaniam’s presentation on Community Centres and Libraries in Ghana

Shantanu Subramaniam presented his recent fieldwork on the community centres and libraries of Ghana. In addition to architectural surveying and cataloguing Shantanu is also considering the environment performance of these structures and testing their ability to modify climate and interior temperatures. 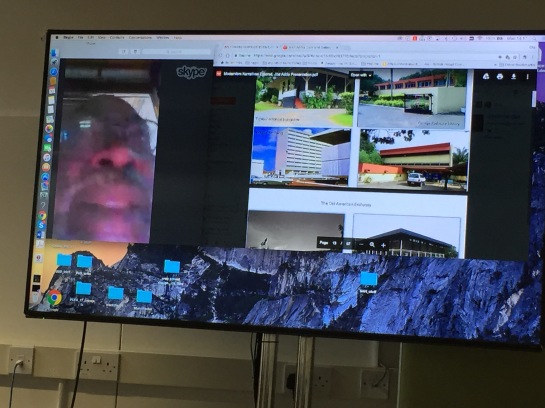 Joe Osae-Addo joined us via Skype and shared his film on modern architecture in Accra. The film presented an autobiographical account of Accra and its modern architecture, as seen and experienced by Joe from his childhood onwards. It is a compelling piece that will deliver far more impact in changing ‘hearts and minds’ than reports and conservation legislation.

You can watch the film here: https://stream.liv.ac.uk/s/hav96uun

We also discussed the DOCOMOMO presence in Africa and whether there should be regional groups [such as West Africa, Southern Africa and so on], to generate a more critical mass and greater influence. The reliance on the fiche methodology was also questioned – or at least its limits acknowledged – and we considered the use of ‘narrative’ and social history as a means of generating meaning, significance and connection to these structures beyond the fetishisation of the physical attributes, and tangible qualities.

On the final day we were treated to a site visit to the new town of Cumbernauld, and Stirling University. 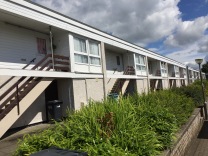